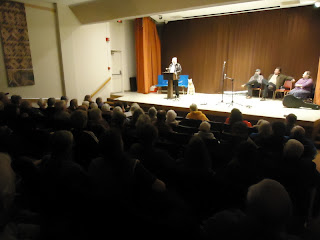 Folks, if you couldn't make it last Thursday evening (November 17) to The Liars Bench at the Mountain Heritage Center, you really missed a great show. 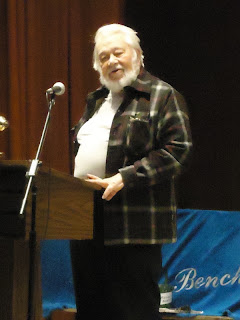 Gary started things off with various announcements including the soon-to-be production of his new play "Outlander" at the Parkway Playhouse in Burnsville, NC; the soon-to-be produced series of Liars Bench shows "The Balsam Chronicles" in 2012; and the re-organization of The Liars Bench to be able to creatively and professionally reach a larger audience here in the Southeast. 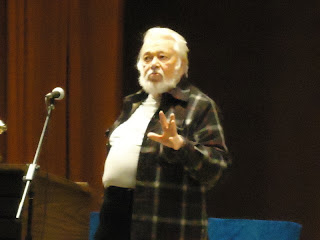 Gary mentioned at least one topic of "The Balsam Chronicles" with Jackson County native Dr. John R. Brinkley ("the goat gland man") as the focus of one show with many other interesting, educational, and entertaining show topics being worked on by The Liars Bench staff. Please stay tuned as "The Balsam Chronicles" will most likely put The Liars Bench on the 'map' regionally, if not nationally, and your continued participation in the Liars Bench phenomenon will help to make southern Appalachian history. 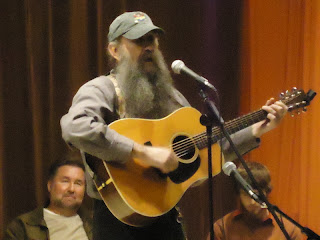 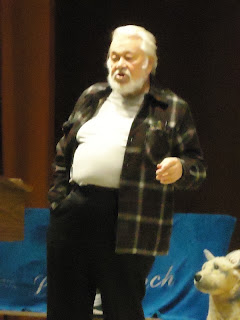 Gary told the story of "Honest John", a Jackson County bear  from the early twentieth century, who was a 'gentleman' bear, if not quite a scholar. 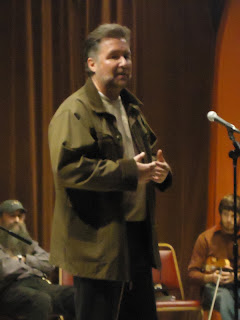 In segment one, Bob Plott gave a brief history of one Plott brother, Johannes, making it to America (the other brother who started the journey died and was buried at sea) with five hunting dogs, which in a little over two hundred years would become North Carolina's official state dog and famous the world over. 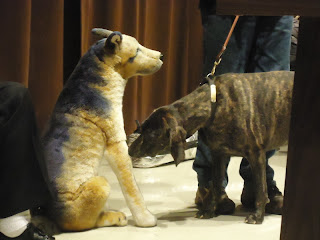 While Bob was sharing with us his history, David Brewin's Plott hound "Nanny" became amorous with Bodine and attempted a liaison. The crowd loved it. 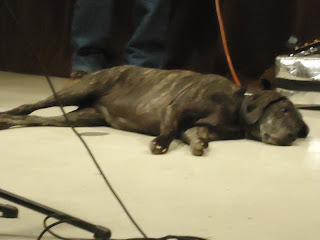 Alas, poor Nanny and her advances were not returned. She eventually gave up on Bodine and lay down on stage. 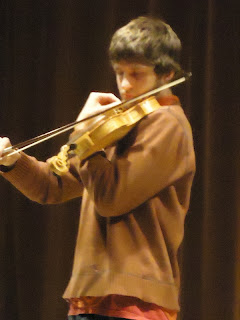 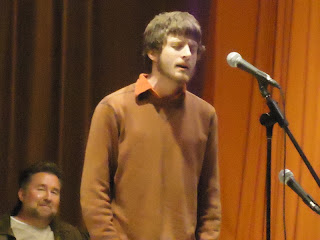 William Ritter played and sang "Jack Diamond" on the fiddle and sang "Wild Boar in the Woods" a capella--a truly scary song about hunting a fierce wild boar with a wooden knife. 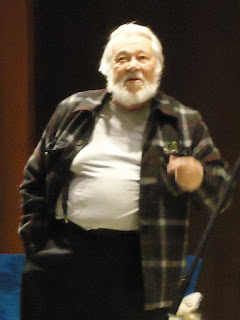 In the second part of the show Gary told the ancient legends of the "8th Clan" of the Cherokee and "Gall Place", the sacred lake of rejuvenation for wounded animals in Cherokee country. 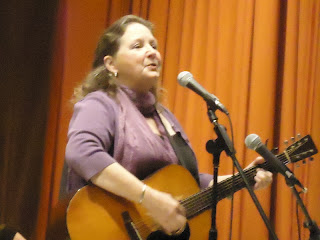 Barbara sang a different version of "Wild Boar in the Woods." 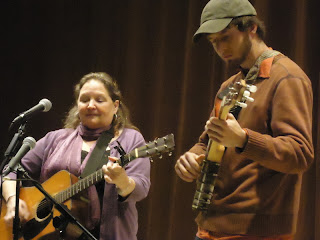 Barbara and William sang and played a song about a crafty fox in the woods which everyone loved. 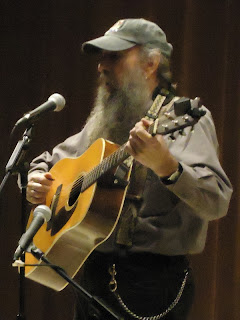 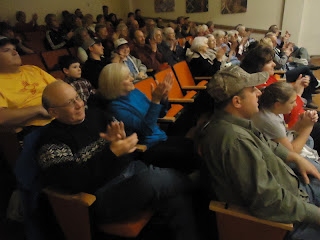 We want to thank each and every one of you for supporting The Liars Bench show and look forward to seeing you at our next presentation when The Liars Bench goes "on the road" over to Macon County at Rickman's Store on Friday December 9 at 6pm. Please come at least a half hour early for a good seat.
To get to Rickman's Store call for directions at The Land Trust for the Little Tennessee at 828.524.2711 or
drive to Rickman's Store which is located on Cowee Creek Road just past the old Cowee School, just off of Hwy 28 (Bryson City Rd.) approxmately six (6) miles north of Franklin, NC. If you're headed north from Franklin going to Bryson City the old school and Rickman's Store will be on your right.
You can get more helpful information at: http://www.rickmanstore.com/home 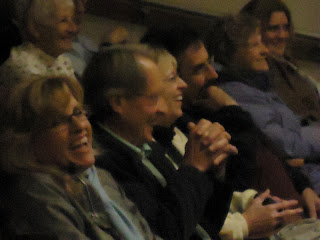 Thanks again folks. You're what makes the Liars Bench the success it has become and reminds everybody involved with the show that Southern Appalachian audiences are the greatest and that its all worth the sacrifice. Thank you for believing in The Liars Bench. 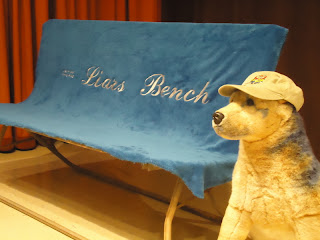 More pictures soon on Facebook and an update on the creative process used to produce "The Balsam Chronicles."